Each year we do an A.I. program diversifying with different bloodlines within the Santa Gertrudis Seedstock Industry. 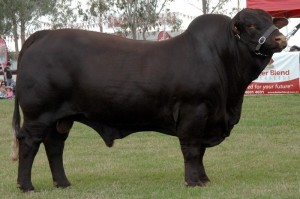 Talgai Castlemaine (P)was bred by us, and sold in 2009 for $34,000 to the Oakdale Stud at Chinchilla, we retain 1/4 share for in stud use only. Castlemaine was Res Junior Champion, 2008 and Res Senior Champion 2009 at the Brisbane Royal Show.

Oakdale WhiskeyWhiskey was purchased from the Oakdale Stud in 2004 for $24,000. We have had terrific results with his progeny in the Show and Sale Ring. Whiskey died in August 2009, and we still use him in our A.I. program